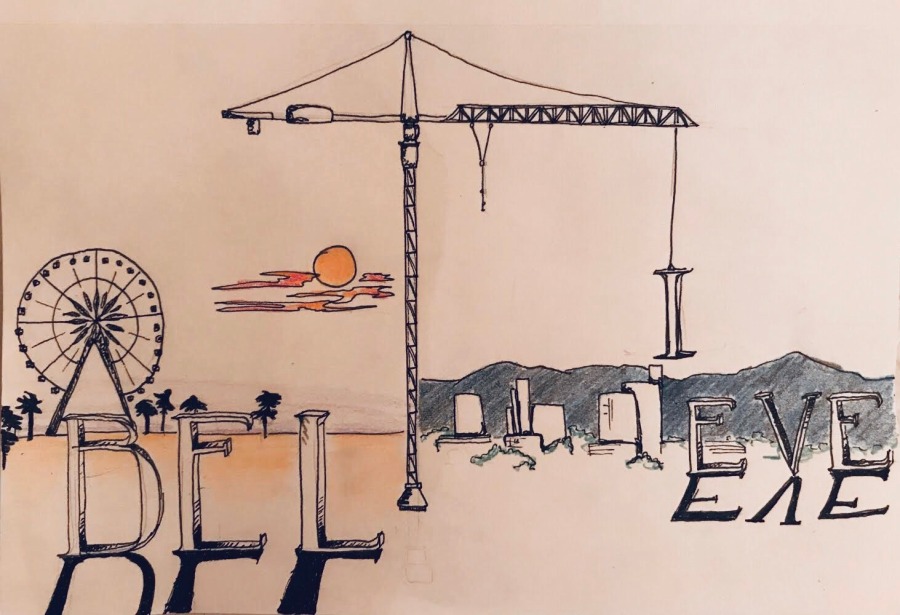 As dusk fell on a gathering in Oakland on June 7, the multicolor LED lights emanating from the base of a new sculpture became more vivid. Shifting from pink to blue to yellow, they cast an intricate pattern of geometric shadows around a laser-cut metal vase holding lamp posts resembling 10-foot poppies. Children zoomed around the structures, their parents chatting with young professionals dressed in the ubiquitous business-casual attire of Silicon Valley.

Nearby, behind an empty microphone stand, a man in striped bell bottoms, a top hat, and shirtless except for a vest inspected a miniature model of the floral sculpture. Another man, in a floor-length fur-and-sequin coat, was filling a friend’s Dixie cup with wine. Others in the group sported nose rings, brightly colored hair, dreadlocks, unkempt beards, and patterned harem pants.

One of them was Serge Beaulieu, a local artist who created the sculpture. Beauliu and his partner, Yelena Filipchuk, are known for the Hyperspace Bypass Construction Zone, or HYBYCOZO, a series of big, geometric sculptures that regularly appear at the annual Burning Man festival in Nevada’s Black Rock desert. Beaulieu was here with the after-work crowd because the poppies, coupled with a similar metal oak across the plaza, are the first permanent public HYBYCOZO installation. When Beaulieu approached the microphone for a short speech, he snuck in some kudos for his typical desert venue.

Read the rest on Bitterroot