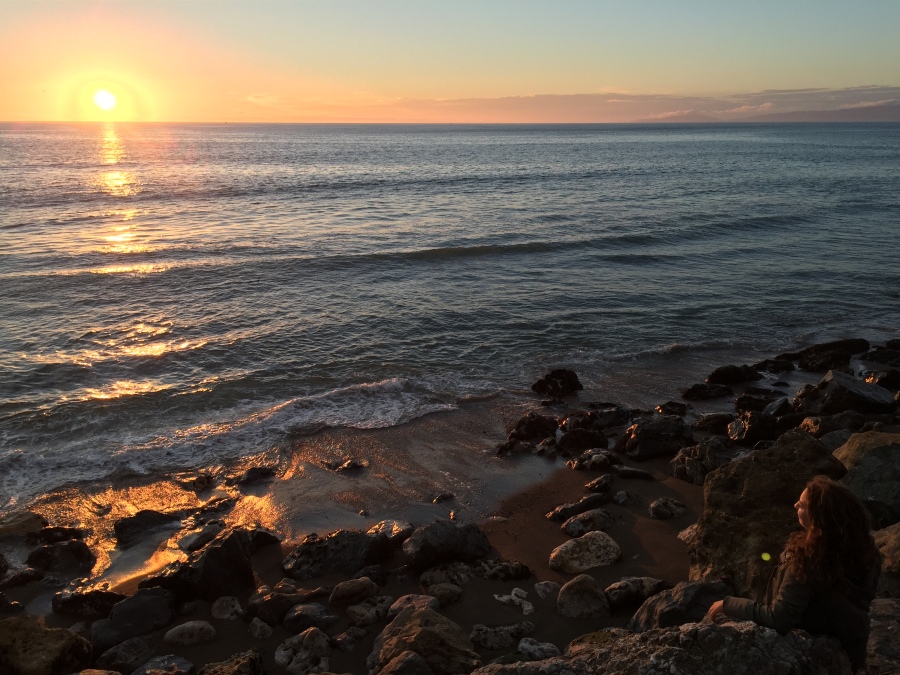 (Originally published on February 11th, 2013 for The Michigan Daily)

If you asked my roommates what’s the hardest part about living with me, they would probably say it’s the fact that I listen to talk radio while I sleep. Apparently when the headphones fall out of my ears, it’s super annoying to hear Carl Kasell’s voice at two in the morning. I wouldn’t know; I love him.

I don’t listen to just any talk radio; this is NPR. National Public Radio. 88.5 FM is the station in my hometown. Characterized by economic, political and cultural programs with jazz interludes and possibly (read: probably) the same voices from 40 years ago. I fall into three of the four characteristics for their demographic: early 50s, white, middle income with a liberal bias. And of course there’s the annual pledge drive, which, to me, is the sound of my childhood.

I have been listening to NPR since I was six years old. My mom would drive my brother and me to Freemont, Calif. for our respective guitar and dance lessons. The soundtrack for the two-hour round trip was “Wait Wait… Don’t Tell Me,” where I learned about all the different ways a criminal could steal sausages by stuffing them into their pants. And on the way back, “This American Life” with Ira Glass’s breathy monologues and amazing stories of the strange, the mundane and the almost impossible. And if we were lucky, and traffic was a little slow on the way back, we would catch the beginning of “Car Talk.” On other nights, I remember staying up late with my family listening to the annual “Pretty Good Joke Show” and laughing at jokes I was too young to really understand. 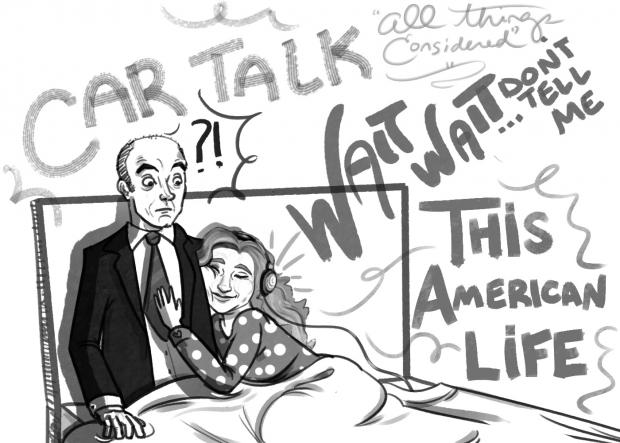 And I haven’t even gotten to “A Prairie Home Companion,” — which to this day I still don’t understand all the time, but that doesn’t stop me from listening. The stories of Garrison Keillor (Private I) in Lake Wobegon makes me feel like I’m sitting near a crackling fire after having heard one of President Franklin Roosevelt’s fireside chats. After TV came along, radio was just music, news and sports. But on NPR, they’re keeping the vintage style of radio alive, playing radio shows with episodes and characters and story lines, even though it’s possible I’m the only one who’s listening.

Honestly, I’m not even sure when my fascination with NPR became a necessity; all I know is now I can’t sleep unless “Wait Wait… Don’t Tell Me” is playing. When my mind won’t turn off and all I want to do is calm down but instead I’m freaking out about an orgo exam, Peter Sagal is the only man I want in my bed. And when I don’t want to leave the house because it’s snowing and two degrees, the only thing that can distract me from the cold are the stories by Mike Birbiglia and David Sedaris. This summer, when the only song on the radio was Goyte’s “Somebody That I Used To Know,” I filled my ears with “Morning Edition.” Part of my packing routine for my frequent flights home is to upload my iPod with the most recent “Freakonomics” episodes — otherwise the six-hour flight feels like 20. And if I’m too lazy to upload new episodes, I’ll listen to the same ones until I’ve memorized the 40-minute show.

My friends tease me about it. My roommates don’t understand. I was once mortified in front of a sophomore history class for having more in common with my 70-year-old teacher than my classmates. I used my love of NPR in a college essay; it’s a great source for dinner conversation and English assignments and even better for drowning out my dad’s snoring on family vacations.

I may be obsessed — addicted even. The medical definition of addiction reads: “A compulsive need for and use of a habit-forming substance.” Compulsive sounds like the right word to me. Neurotic, irresistible, habit-forming. The more I listen, the more I want new episodes of the shows and when there isn’t, I settle for bottom of the barrel: NPR’s “All Things Considered.”

I try pretty hard to keep my addiction hidden in my headphones. Experience has taught me that drunk people get pretty brutal if you plug your iPod into the party speakers and instead of “Call Me Maybe” you accidentally get Ira Glass’s slightly creepy voice blaring out of the speakers.

So yes, NPR could be my crutch. Whenever life’s hard or too overwhelming I know I can escape into the dulcet tones of Kai Risdall. I block out the world by listening to experts discuss the biggest and most widespread issues. To most people this would probably make them more anxious. But my problems seem so small and silly in comparison, and that’s a relief. No matter how awful my test went or how shitty someone treated me, we’re all screwed in the long run anyway — including that asshole who cut me off this morning.♦